Candied pecans are a simple and easy way to serve shelled pecans and go great with a couple of scoops of vanilla ice cream.

You can put them in a bowl and snack on them all by themselves if you like, but I highly recommend Blue Bell Ice Cream with them (Blue Bell is made in Brenham, Texas, where I spent a brief stint as a Dr. Pepper salesman). Blue Bell’s plain homemade vanilla or vanilla bean is perfect with candied pecans.

Having the unofficial ice cream of the State of Texas topped with the Official State Health Nut of Texas is perfection.

After my grandparents bought their house in Barstow, Texas, sometime around the 1950s, they planted two pecan trees in their backyard.

By the time I came around, those trees were big, and they produced an enormous amount of pecans.

We’d spend extended periods of time at the kitchen table with my grandmother shelling pecans. We filled up dozens of old bread sacks with them.

Honestly, I ate so many pecans as a kid that I finally grew to dislike them. They were on everything. Why not? They were free, and we had a near unlimited supply.

Now that I’ve gotten older, I’ve grown to like them again. Probably as much for nostalgia as anything else.

This recipe definitely takes me back to a simpler time.

A pee-can sounds like something that you might need on a long road trip with no stops. 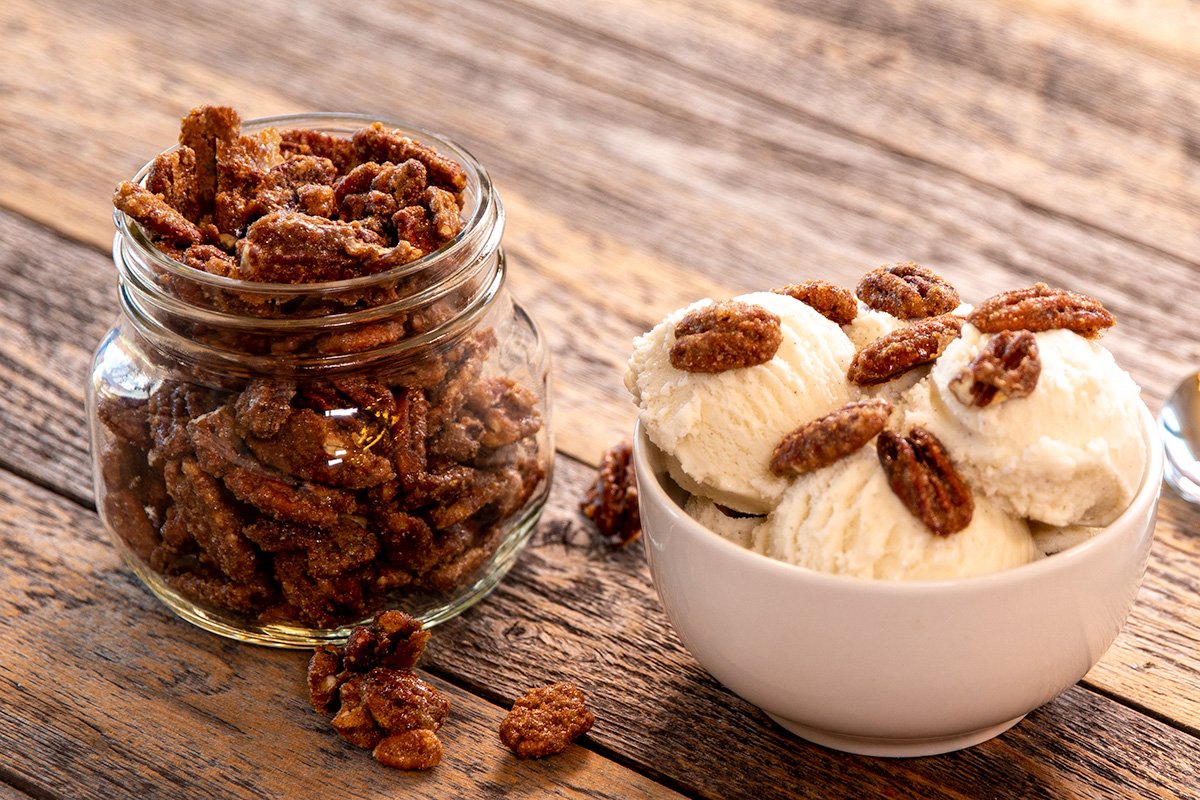 I love salty and sweet together, so there’s a little extra salt in this recipe.  If you want to tame it down a little, try adding 1 1/2 tsp. of kosher salt, rather than 2.
Tried this recipe?Let us know how it was!
Share
Pin
Tweet