Carne con Chile Verde (Beef with Green Chiles) is one of my favorite meals for cooking in a big batch. It’s really easy and roasted green chiles are the best air freshener for any home. The smell coming from your kitchen when roasting green chiles is simply intoxicating.

The traditional way to serve beef chile verde is simply in a bowl with some hot flour tortillas on the side, but I’ve always liked to serve it over rice—your call on how you want to do it.

There are as many recipes as there are cooks out there. Some are complex with dozens of ingredients. I don’t think all that’s necessary. Adding too many different ingredients masks the fantastic flavor and aroma of the green chiles.

The most important thing to do when cooking a recipe with just a few ingredients is to buy the highest quality ingredients you can get your hands on.

For this recipe, I highly recommend buying fresh Hatch Green Chiles. If you’re in a region with a grocery store that will roast them for you, even better.

How to Roast Green Chiles

Roasting green chiles over a gas burner or charcoal is the best way to get it done. Just put the chiles directly over the fire and roast until they’re blackened on all sides.

If you have an electric stove and don’t want to fire up the barbecue pit, you can roast them on the top rack of your oven with the broiler set on high.

Be sure to let the broiler preheat for about ten minutes.

Whether you’ve blackened them over a gas fire or in the oven, once they’re done, put them in a large heat-proof bowl and cover it tightly with plastic wrap.

The steam from the peppers will help loosen the skins.

Once cool enough to handle, take them out of the bowl and gently rub the skins off with your fingers. Don’t put them under running water to remove the skins. That can wash off some of the flavor.

After they’re peeled, remove the stems and seed pod, then dice them into a quarter-inch dice.

The balance of the recipe is very simple and straightforward.

You want to be sure to use beef chuck with this recipe. Leaner meat can come out tasting dry. You need that extra bit of fat for tenderness.

Just cut it into half-inch cubes about an hour before you start cooking and sprinkle with about two teaspoons of kosher salt. This will give the salt time to penetrate the meat.

Giving the salt time to absorb into the beef seasons it all the way through and helps it retain some moisture.

When you brown the cubed beef, be sure that there is some space between each piece of meat and the next. If the beef chunks are too close together, they’ll steam instead of sear.

You’ll probably need to sear the beef in two to three batches.

One final tip: After you’ve trimmed any large chunks of fat from the beef chuck, or if you have some beef fat saved in the freezer (I always do), chop it up and render it in your cookpot over medium heat instead of using vegetable oil. It’ll add a more prominent, beefier flavor. Just be sure to toss out the chunks of cooked fat before proceeding with the recipe. 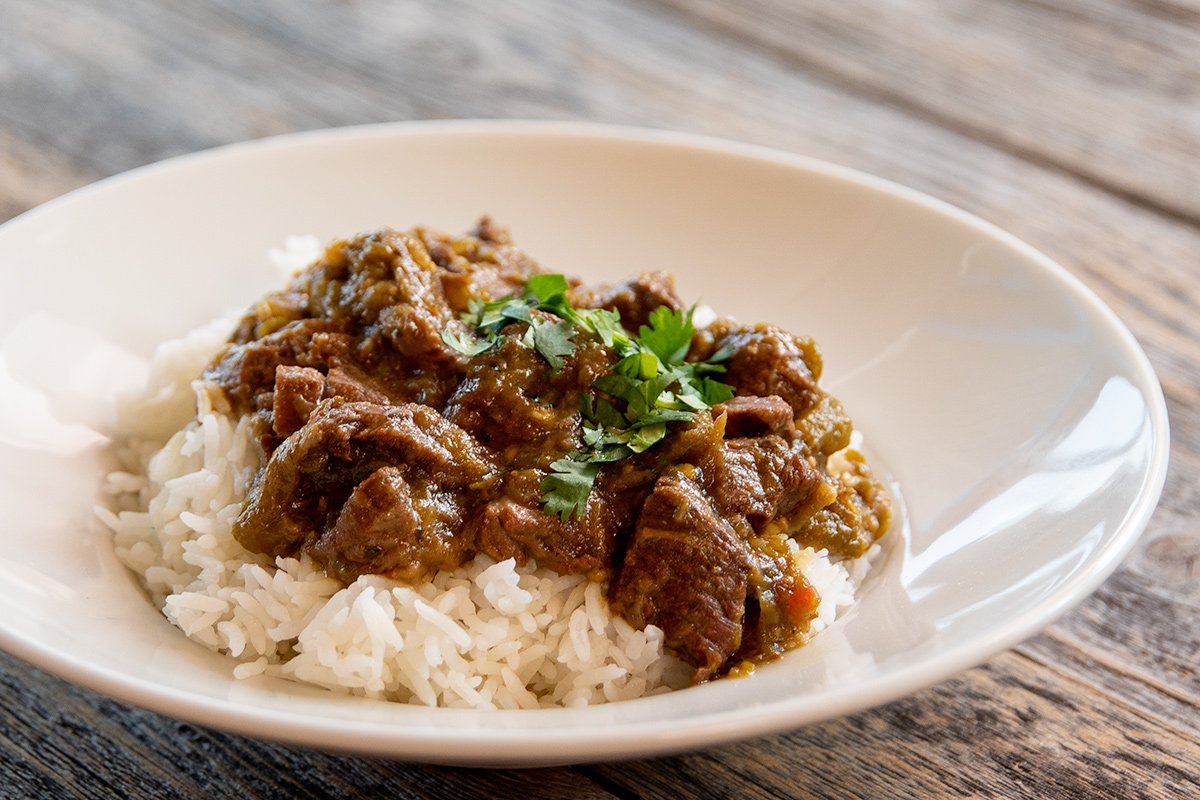