Carnitas de Puerco (or “pork carnitas”) are little chunks of pork from the fattier parts of a pig, like the shoulder, slowly fried until they’re meltingly tender on the inside and crispy on the outside.

The challenge with making proper carnitas at home is that the traditional cooking method is to slowly fry them at a very low temperature (confit) in a large copper pot full of pork lard over a wood fire. This process can take up to four hours, depending on the size of the pieces of meat.

Once all of the connective tissue and collagen in the pork has broken down, the heat is turned up, and the pork is fried until it’s crispy on the outside.

Cooking over a giant vat of bubbling lard is impractical at home.

We’ve replaced the giant copper pot of lard with a regular-sized cast iron dutch oven and a pound of lard (if you’re on a diet, maybe some slightly healthier carnitas are a better choice).

Try this recipe with our roasted tomatillo salsa verde or salsa de chile arbol. The high acid content of these salsas balances out the fattiness of the carnitas.

You’ll gently brown the meat for an hour in the lard, then add the remaining ingredients and braise them for an hour.

Unlike regular carnitas, you’ll brown these before you braise them. This will allow your carnitas to develop the crispy outside crust before cooking them the rest of the way.

We are cooking in this order because we add Coca-Cola, condensed milk, and oranges which will burn if we attempt to cook them at the end.

When you first add the Coke and condensed milk, it’ll bubble and foam.

Nothing will measure up to what you would find on the streets in Mexico, but this is about as close as you can get in your home kitchen. 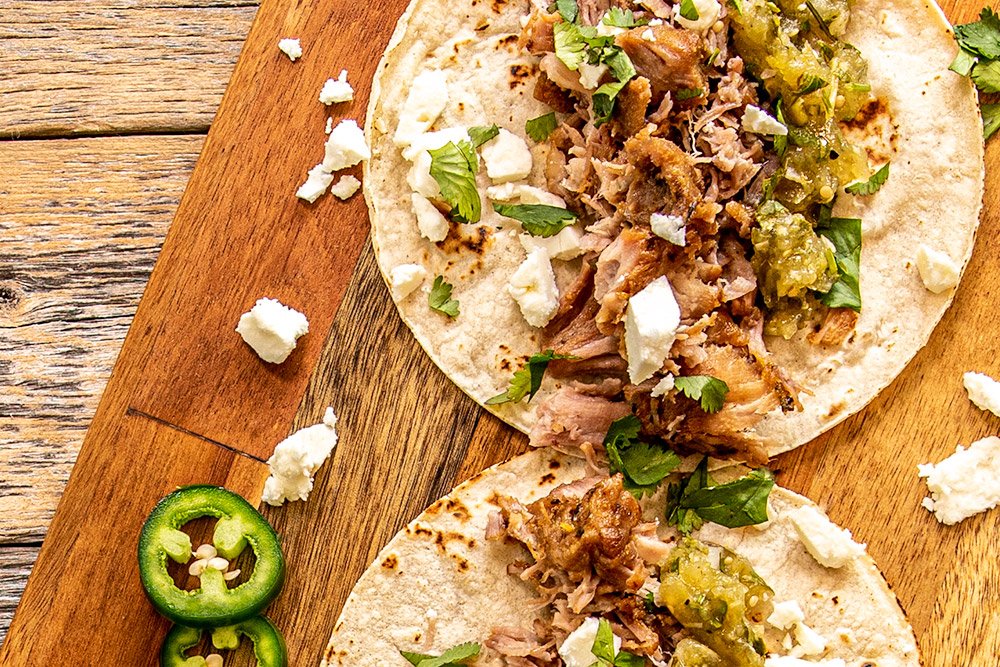 Carnitas de puerco are chunks of pork that are slowly fried until they are meltingly tender on the inside and crispy on the outside.
5 from 12 votes
Print Recipe Pin Recipe
Prep Time 10 mins
Cook Time 2 hrs 30 mins
Total Time 2 hrs 40 mins
Course Main Course
Cuisine Mexican
Servings 5 people