Chilaquiles rojos is the red version of chilaquiles, as opposed to chilaquiles verdes, the green version. It’s a simple Mexican breakfast that’s like a deconstructed version of enchiladas, topped with fried eggs, cheese, crema, and cilantro.

Like chilaquiles verdes, there are as many versions of chilaquiles rojos as there are cooks that make it. This recipe is just my favorite version.

My version uses a chipotle pepper to add some depth to the sauce. If you prefer, you can replace it with another guajillo pepper and 1/8 tsp. cayenne pepper.

As to the corn tortillas, I prefer brushing the oil on them then baking them rather than frying them in a pan. It’s a lot easier, and it tastes about the same.

I don’t recommend buying them from the store if you can help it, though.

I haven’t found tortilla chips at the store that taste near as good in chilaquiles.

I highly recommend making the sauce the night before, then gently reheating it in the morning. It’s a lot of work first thing in the morning, otherwise.

You can even make a double batch to cover a couple of mornings if you like.

Additionally, if you leave the tortillas on the counter overnight to dry, they’ll fry up crispier and hold more of their texture in the sauce.

If you do that, all you’ll have to do in the morning is fry a couple of eggs, make the tortilla chips (or substitute store-bought), bring the sauce to a simmer, and fold in the chips.

It’s an excellent, hearty breakfast to start your day.

A final note on this recipe; the red sauce is mild. If you want more heat, consider adding a serrano chile or two and/or leaving the seeds in chipotle chile. 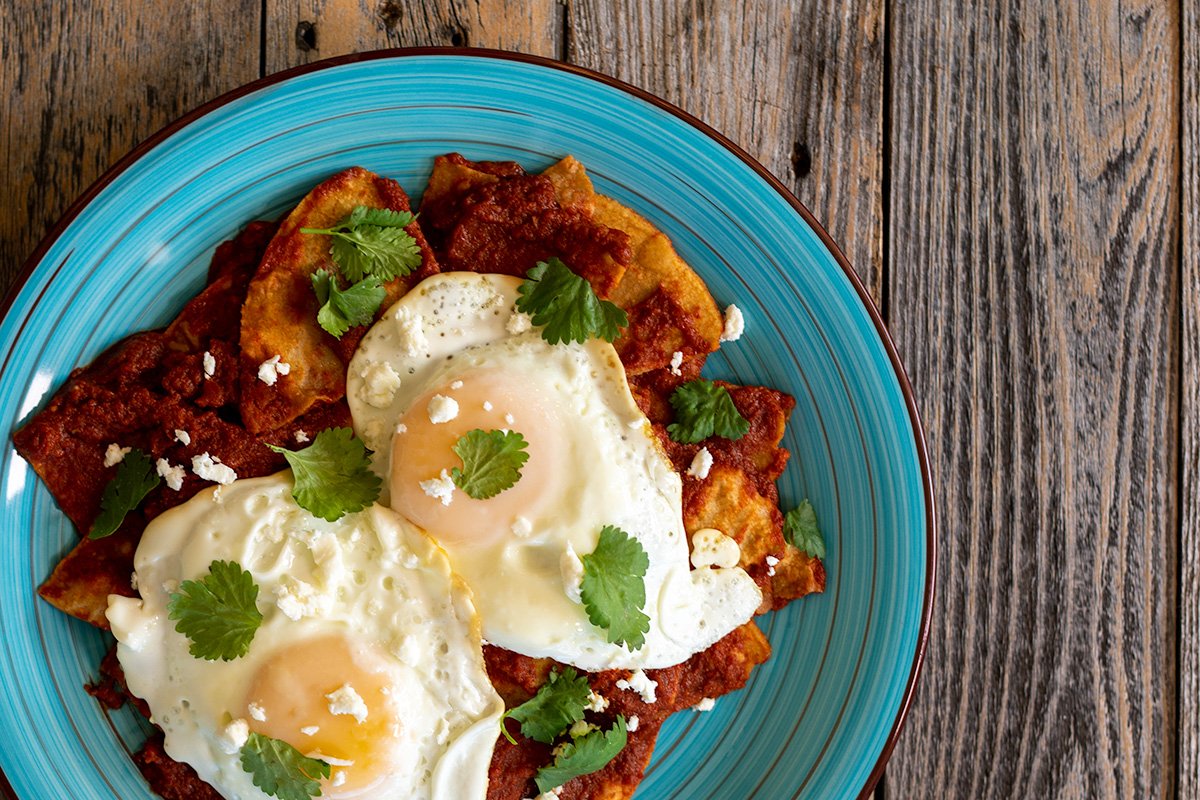