Duritos aren’t the same as the orange tortilla chip from the giant chip company you’ll find on the chip aisle, but rather the odd pinwheel-shaped wheat snacks you’ll find in the produce section at your nearby HEB (if you are blessed enough to live in Texas, at least).

Duritos are also known as chicharron de harina or, translated to English, flour pork rinds. In other words, a vegetarian pork rind.

Tens of thousands of Texans walk by these little wagon wheel-shaped snacks and have no idea what they are. That’s too bad. They are an excellent alternative to the expensive flavored tortilla chips found on the other side of the store on the chip aisle.

They can sit on the shelf for as long as a year before you use them, then you can pop however many you want out of the bag, fry them up, and you’ve got the perfect snack.

To make them even better, there’s another little treasure in your HEB produce department that many Texans are also unfamiliar with—Tajin Seasoning™.

It’s a tangy seasoning made with chile peppers, sea salt, dehydrated lime juice, and other flavorings.

Shake a little on your duritos, and you have a snack that works great for your kids, or even better, as a bar snack that pairs perfectly with beer.

If you don’t want to buy Tajin Seasoning™, it’s not uncommon for people to sprinkle hot sauce on their duritos, rather than a dry seasoning. Tapatio, Cholula, or Valentina hot sauces are great on them.

The best thing about something that tastes this good is it is far cheaper than buying bagged tortilla or potato chips, and it can sit in your pantry for a long time without going stale.

NOTE: This is NOT a paid promotion. I just like duritos and Tajin ™. 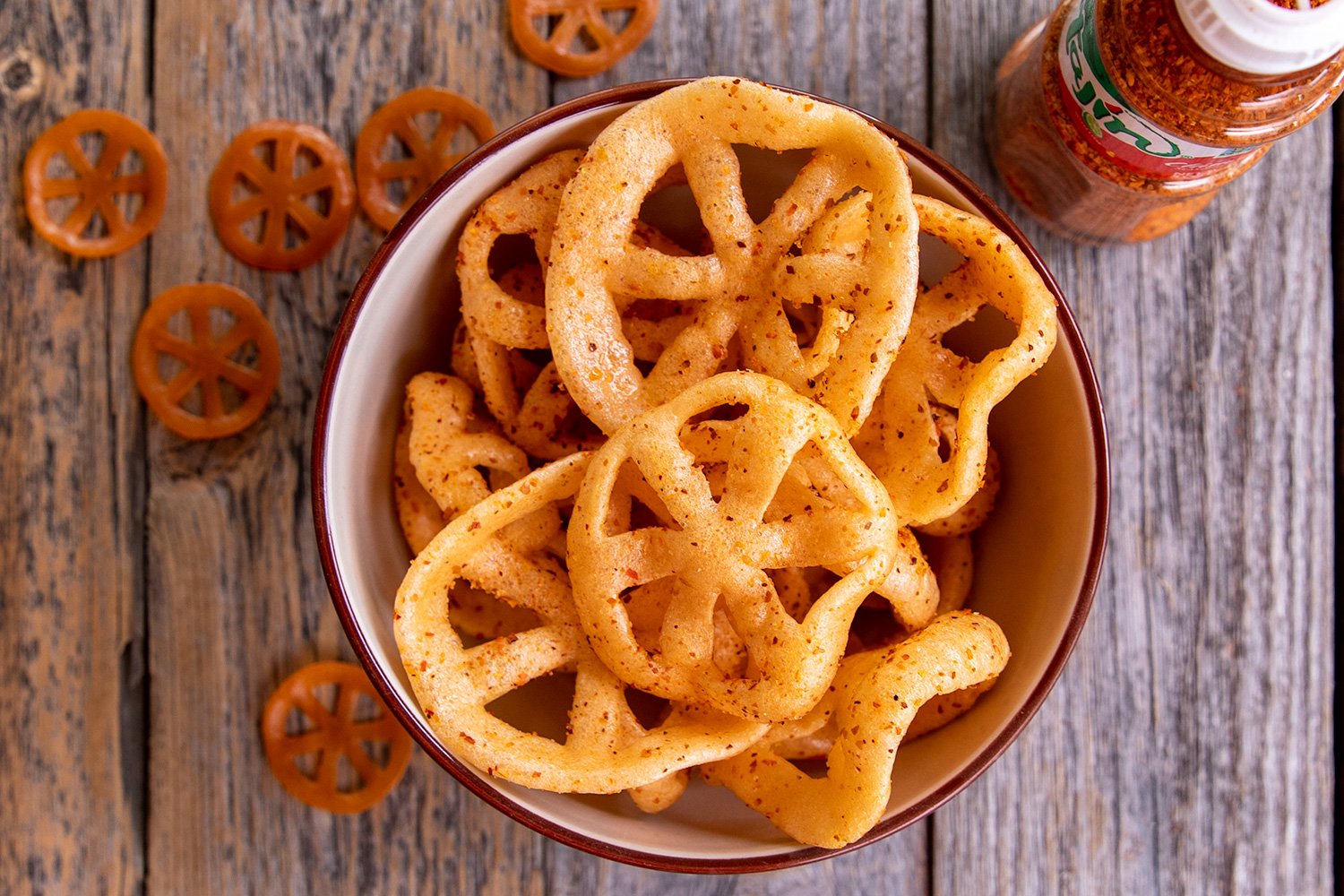 Duritos and Tajin are an excellent snack to keep in your pantry to cook whenever you like. They're excellent for the kids or as a bar snack.
5 from 6 votes
Print Recipe Pin Recipe
Prep Time 10 mins
Cook Time 5 mins
Course Snack
Cuisine Mexican
Servings 15 duritos