Flautas de pollo is one of our favorite junk foods in my house. It’s hard to beat corn tortillas wrapped around some meat and cheese, then fried until crispy.

Calling it junk food may sound a little harsh because it’s better than pretty much any pre-packaged junk food off the shelf at the grocery store. It’s still fried food, though.

Flautas are about as far as we’ll go with junk food in our house (we go a little further with duritos and Tajin, on occasion). We don’t use processed pre-packaged foods if we can help it. We like our junk food homemade. 🙂

At any rate, what exactly is a flauta?

Growing up, I always used the two terms interchangeably.

I’ve heard that each term has a specific meaning, but it doesn’t appear so after a bit of research.

From what I can tell, the term flauta (translates to “flute” in English) likely originated in Sinaloa State, Mexico, where they make them out of corn tortillas.

Many people have told me that flautas are made with flour, not corn tortillas. They are most likely correct if they are accustomed to flautas from Sonora State, Mexico, where flour tortillas are very common. They just aren’t correct if they’re standing in Sinaloa.

In Mexico and the United States, people more often than not, use the term flautas to describe rolled and fried tortillas, whether or not they’re corn or flour.

Sometimes, though, they call them taquitos.

After trying to dig into it, I gave up. I decided that the terms mean the same thing. They’re just regional variations.

Flautas de Pollo Are Easier to Make Than You Think

The challenge with making flautas is frying them without having them unroll in the oil.

Many people try to use tongs to hold them together until they start to crisp in the oil.

It takes forever because you can only do one at a time, the boiling oil splatters your arms, and sometimes the tongs stick to the flauta, causing them to unroll anyway.

It doesn’t have to be that hard. Just pin two together with a couple of toothpicks and drop them into the oil to cook. I generally do two bundles of two at a time. So, instead of one flauta frying, I fry four at a time and they never unroll.

Typically, in Mexico, flautas are prepared simply. Generally, you would find a corn tortilla wrapped around some poached chicken, then topped with any extras.

Of course, as a Texan, I can’t leave well enough alone. Something in my Texas DNA requires an additional injection of cheese.

You’ll find some Monterey Jack cheese and some other goodies in my flautas.

You’re welcome to stick with simple poached chicken, but come on, you know you want some cheese in there. 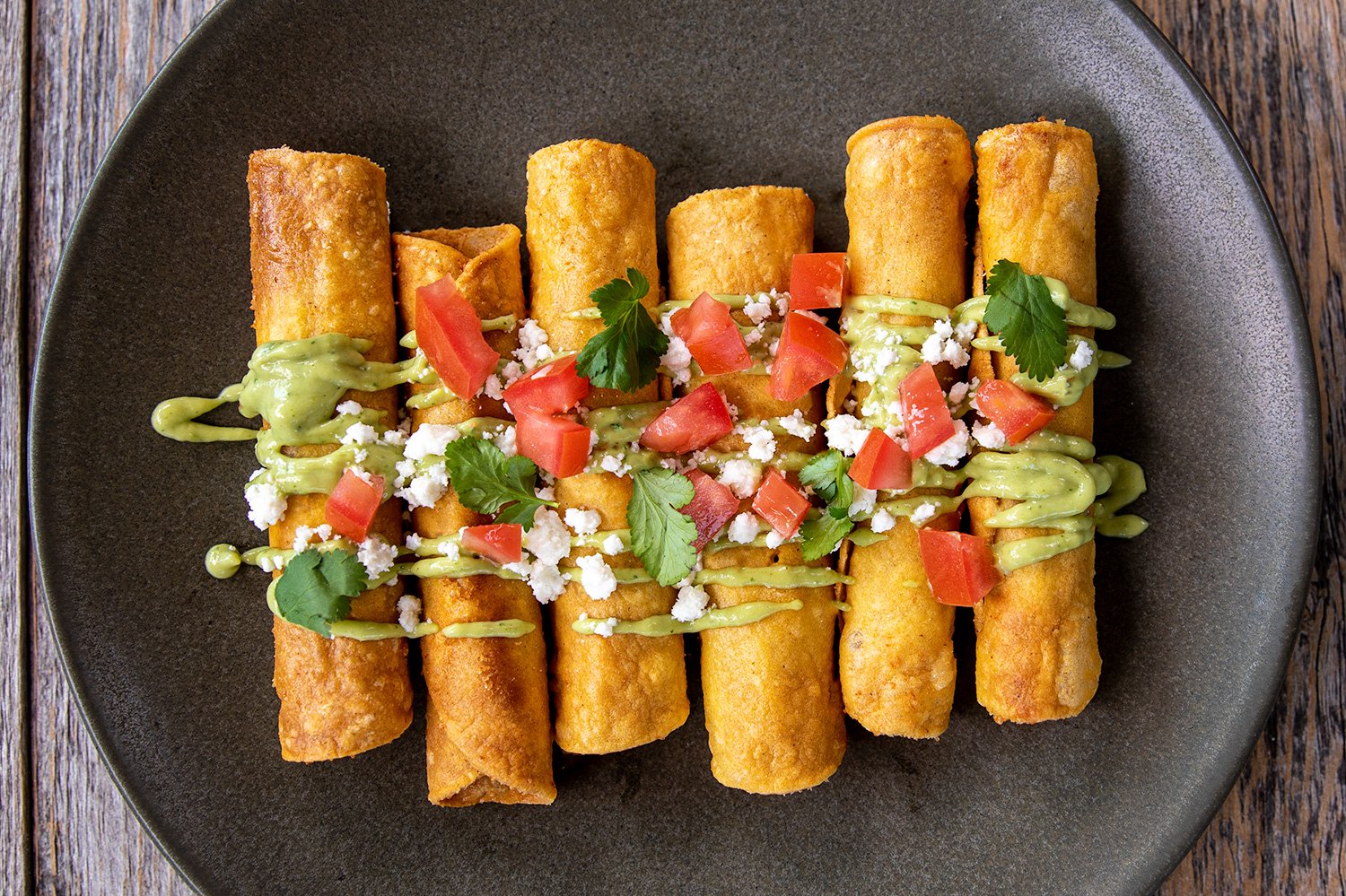