Frijoles charros (or Cowboy Beans) is a traditional Mexican dish that is more of a bean soup than a plain old side of beans. It is, hands-down, my favorite way of eating beans as a main course.

For bonus points, serve them up simply with some hot flour tortillas, or even better, a pan of masa cornbread or pan de campo.

Growing up, beans and cornbread was a staple meal in our house. It’s about the cheapest way to feed a family of four. For us, cheap eating was especially important, considering my mother had to feed two boys who would each eventually grow up to be over 6′ 3″ and 230 pounds.

This is my take on all those beans and cornbread meals from when I was young. It’s one of the most comforting meals for me to eat.

Tips for the Best Frijoles Charros

There’s been an ongoing myth for decades that salting your beans too early will make them tough. It’s just not true.

Cook’s Illustrated debunked that myth for us a while back. Now we don’t have to worry about bland beans anymore.

I salt at the beginning of the cooking time (CI recommends actually salting during the soak phase, but I don’t think that’s necessary).

What will make your beans tough, though, is acidic foods. That’s why we add the tomatoes toward the end of the cooking time, after the beans have already softened up.

Before you add the tomatoes, be careful to taste your beans to ensure they’ve softened up before adding them. If you have an older batch of dried beans, it may take longer for them to cook, and you might be adding the tomatoes too early. 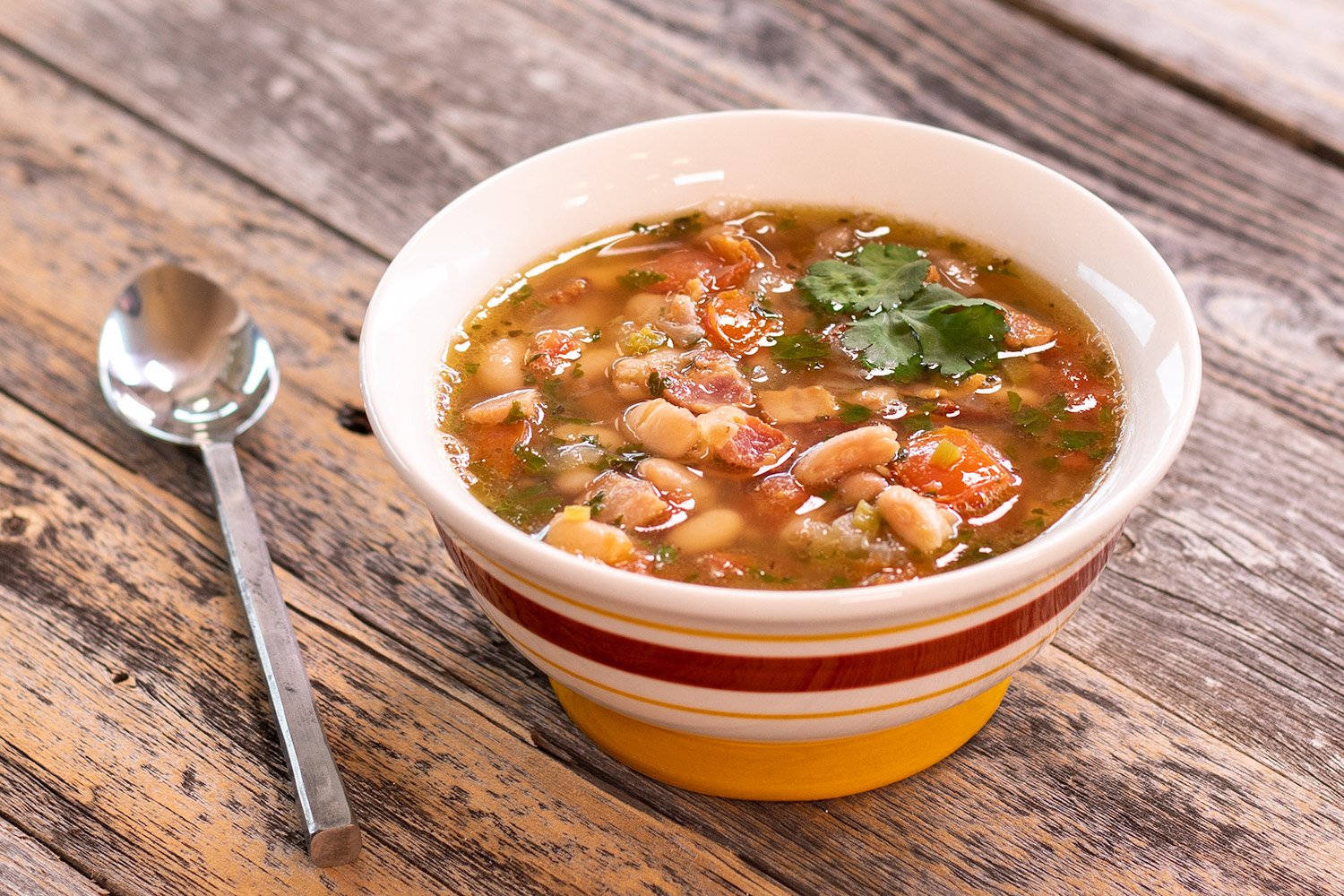