You can buy refried black beans (frijoles negros refritos) in a can if you want, but they won’t have anywhere near the flavor and complexity that you can coax out of them by doing it yourself.

If you buy it in a can, you’ll also end up paying substantially more for something that doesn’t taste anywhere near as good.

Cooking refried black beans like this takes time to complete, but it isn’t very much work. Mostly it’s just a bit of waiting.

You can use canned black beans if you like, but they won’t taste as good. The problem with canned beans is that they are already cooked and won’t have the opportunity to absorb the flavors in the broth they were cooked in.

To substitute canned beans for the dried in this recipe, just saute the onions and spices, then add four 15-ounce cans of black beans (drained), and stir it all together. Once you’ve done that, start with step five. 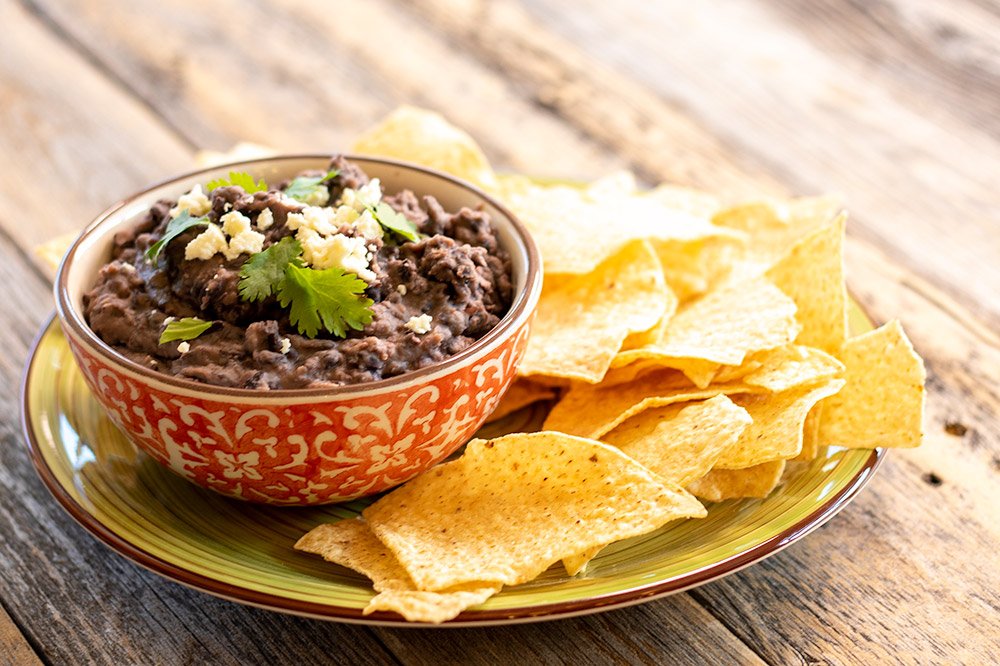 This is a traditional frijoles negros refritos recipe.  If you want to turn it into a bean dip, we’d recommend adding more salt and potentially some roasted jalapeno and tomato salsa.
Tried this recipe?Let us know how it was!
Share
Pin
Tweet