You may think making homemade chili powder is a bit absurd or excessive, but trust me on this, it’s not. It’s absolutely worth the extra effort.

Chili peppers don’t stay fresh for as long as you might expect, and once ground, their shelf life drops by about one-half.

The problem with store-bought chili powder is that you don’t know how fresh the chile peppers were when they were first ground, how long ago they were put in their packaging, or how long they’ve been sitting on that store shelf.

Just because they aren’t out of date doesn’t mean the flavor hasn’t deteriorated. Whole dried chiles are only good for about a year. Ground chiles only hold up about six months.

On top of all that, you don’t know if they were properly toasted before they were ground.

First, to make quality chile powder, you need to understand how to buy dried chiles. Most grocery stores don’t carry quality ones. Sometimes it’s better to buy them online.

Dried chile peppers shouldn’t be dried to the point that they’re brittle and shatter when bent. They should be soft and flexible. If they’re over-dried, they lose a lot of the more volatile compounds that add complexity to the flavor.

The flavor will be flat rather than robust.

H-E-B here in West Texas has finally begun carrying their own brand of chile peppers that are high enough quality to make them worthwhile. They may not carry them in your area, though.

If you can’t find them, I’ve linked several brands of dried peppers on Amazon that I’ve always had excellent results with (look in the ingredients list below).

Once you’ve gotten ahold of some decent dried chile peppers, they typically shouldn’t be used as-is. They need to be toasted.

To toast the peppers, preheat a cast iron pan or comal over medium heat for about ten minutes. While the pan is preheating, wipe the peppers clean with a dry paper towel, then split them down the sides with a pair of kitchen shears and remove the stems, veins, and seeds.

Using a metal spatula, open the pepper along the slit you put in them with the shears and press them down on the comal with the spatula until they begin to turn brighter red (about 30-60 seconds). Flip them over and repeat until done.

I think many people don’t understand that store-bought chili powder isn’t just a jar of ground chiles. There are typically other ingredients like garlic powder and cumin mixed in.

With that being the case, modern recipe developers account for it and reduce the number of additional seasonings to make their recipe. I’ve added cumin, granulated garlic, and Mexican oregano to this recipe so that it can be used in other modern recipes without much adjustment.

The one thing you’ll need to adjust in most recipes is the amount of cumin. There’s enough in here to cover most of what’s called for in the recipe. I do this because cumin is best toasted and ground right before use. It saves a step later.

You’ve got the comal hot and the grinder out; you might as well knock it all out when making your chili powder.

Cumin seeds work similarly to peppers in that once they’ve been ground, they begin to lose flavor fairly quickly. They also become much more flavorful if they’re toasted before being ground.

Once you’ve finished toasting your chiles, toss the cumin seeds onto your comal and toast them, stirring constantly, for 30-60 seconds, then remove them from the pan.

In toasting the peppers and cumin seeds, you want to be careful not to burn them. If you do, they’ll add a bitter flavor to your chili. If you think you might have burned them, it’s better to throw them out and start over than to waste a pot of chili. 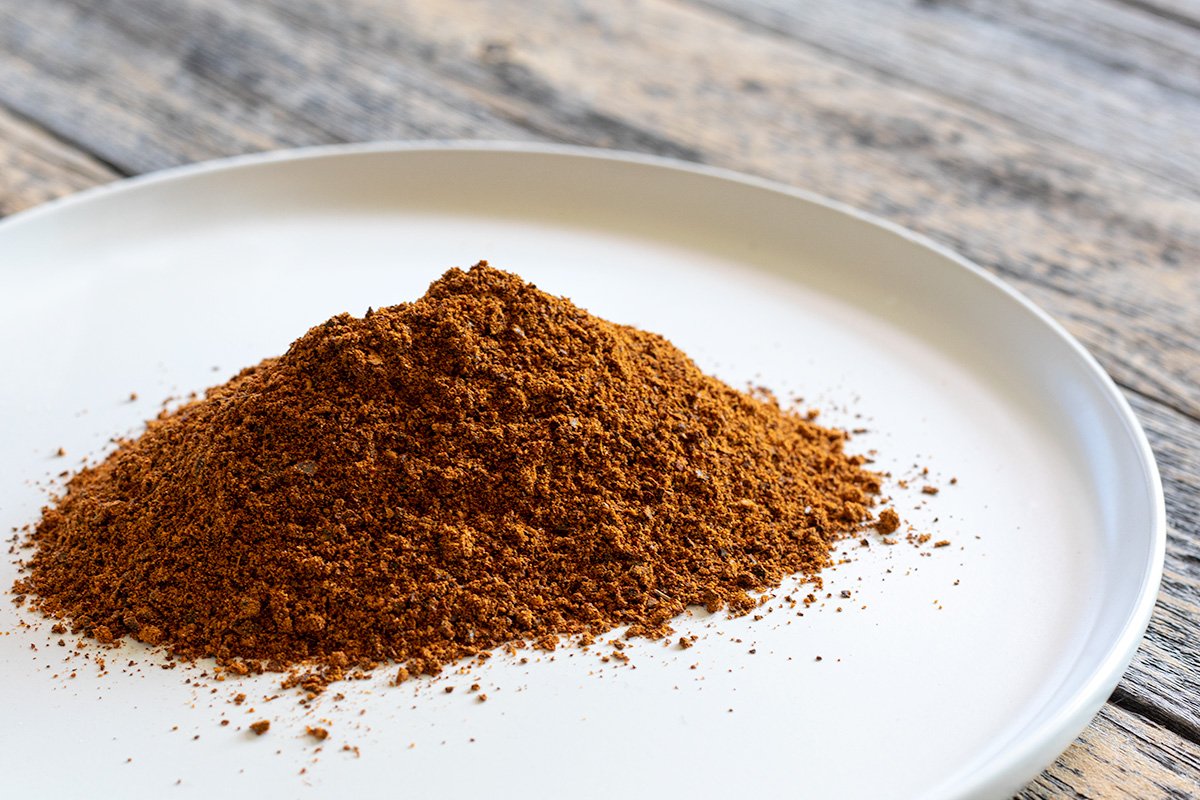 You may think making homemade chili powder is a bit excessive, but trust me on this, it's not. It's absolutely worth the extra effort.
5 from 5 votes
Print Recipe Pin Recipe
Prep Time 5 mins
Cook Time 15 mins
Course Ingredient
Cuisine Tex-Mex
Servings 0.5 cup

Most home spice grinders only hold a small quantity of ingredients, so you’ll need to grind the chiles in a few batches then mix them together afterward. If you want to be able to knock it all out in one batch and in just a few seconds, a C Goldenwall grinder can do it easily (it’s what I use).
Tried this recipe?Let us know how it was!
Share
Pin
Tweet