The more traditional recipes don’t include heavy cream, but rather have you scrape some of the milk out of the corn to create the creamy texture.

I prefer to keep it simple and easy, so I just add a little heavy cream.

If you like, and you have access to it, tasso is a great substitute for the bacon in maque choux (you can also make your own). It’s not as fatty as bacon, so you might need to add an extra tablespoon of butter if you plan to make the substitution. Just dice it up into small cubes and saute it for a couple of minutes in one tablespoon of butter before removing it and cooking the onions. 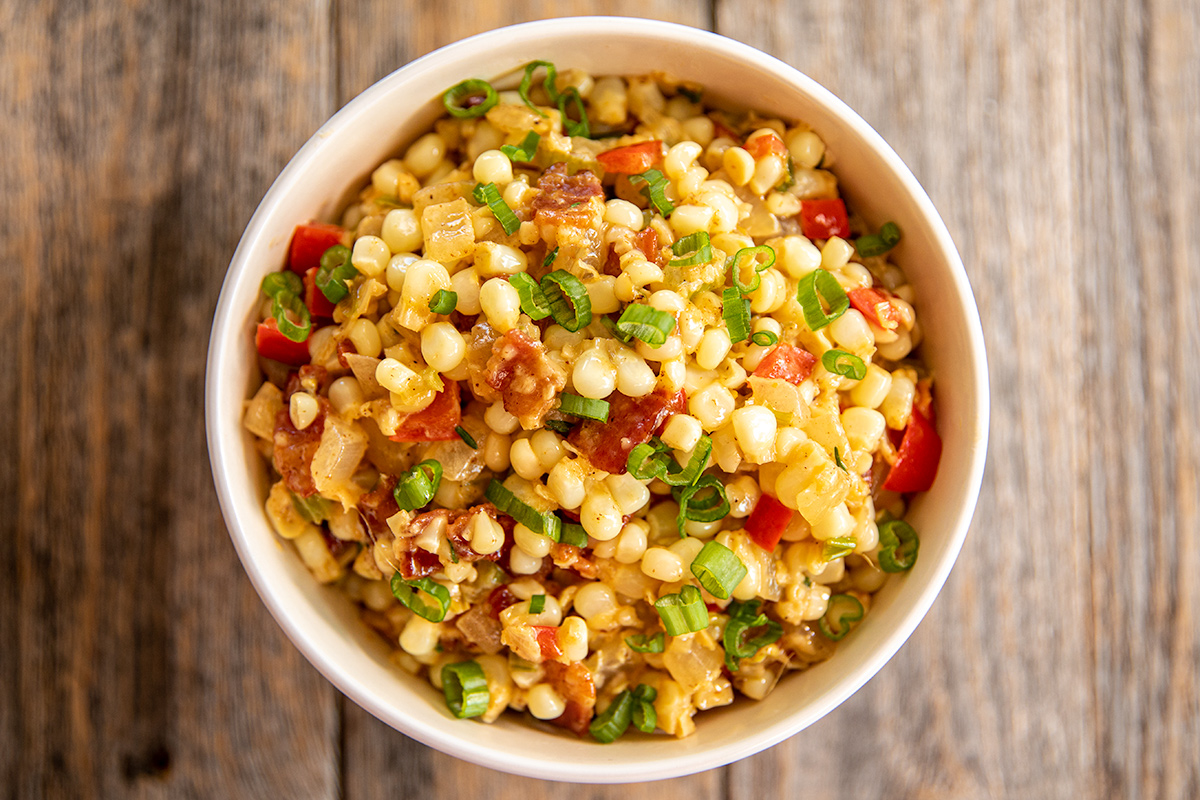