The official State Bread of Texas, Pan de Campo, is traditionally cooked in a cast iron dutch oven outside. I love cooking outside with my dutch oven, but since its wintertime, I’ve adjusted the recipe for a home oven.

The bread itself is really just a giant biscuit that you cut up like you would cornbread.

Regardless of the debate, the issue has been settled. In 2005 legislation was signed to make pan de campo the official State Bread of Texas.

How to Make Pan de Campo

The key to making a good biscuit (and, pan de campo is basically just a giant biscuit) is to keep from melting the fat you are introducing into the flour. If the fat stays solid until you start cooking, it will leave those delicious air pockets throughout the bread.

If you overwork it, your pan de campo will end up dense and unappetizing.

To keep from melting the fat, we recommend using a pastry cutter to keep the warmth of your hands from heating up the flour.

Just add the shortening to the flour and work it in with the pastry cutter until it is cut up into pebble-sized pieces. After that, you’ll slowly add the milk and stir it in until you get a sticky dough.

From there, you’ll turn it out onto a floured surface and knead it for one minute. DO NOT overwork it in this stage. You’ll have to use your hands here, and you don’t want to heat your dough up too much.

Finally, flatten it out with your hands, then roll it into a 1/2-inch thick circle.

Tips for making your pan de campo in the oven:

Serve your cowboy bread up with lots of butter, and a batch of frijoles charros or chili con carne. 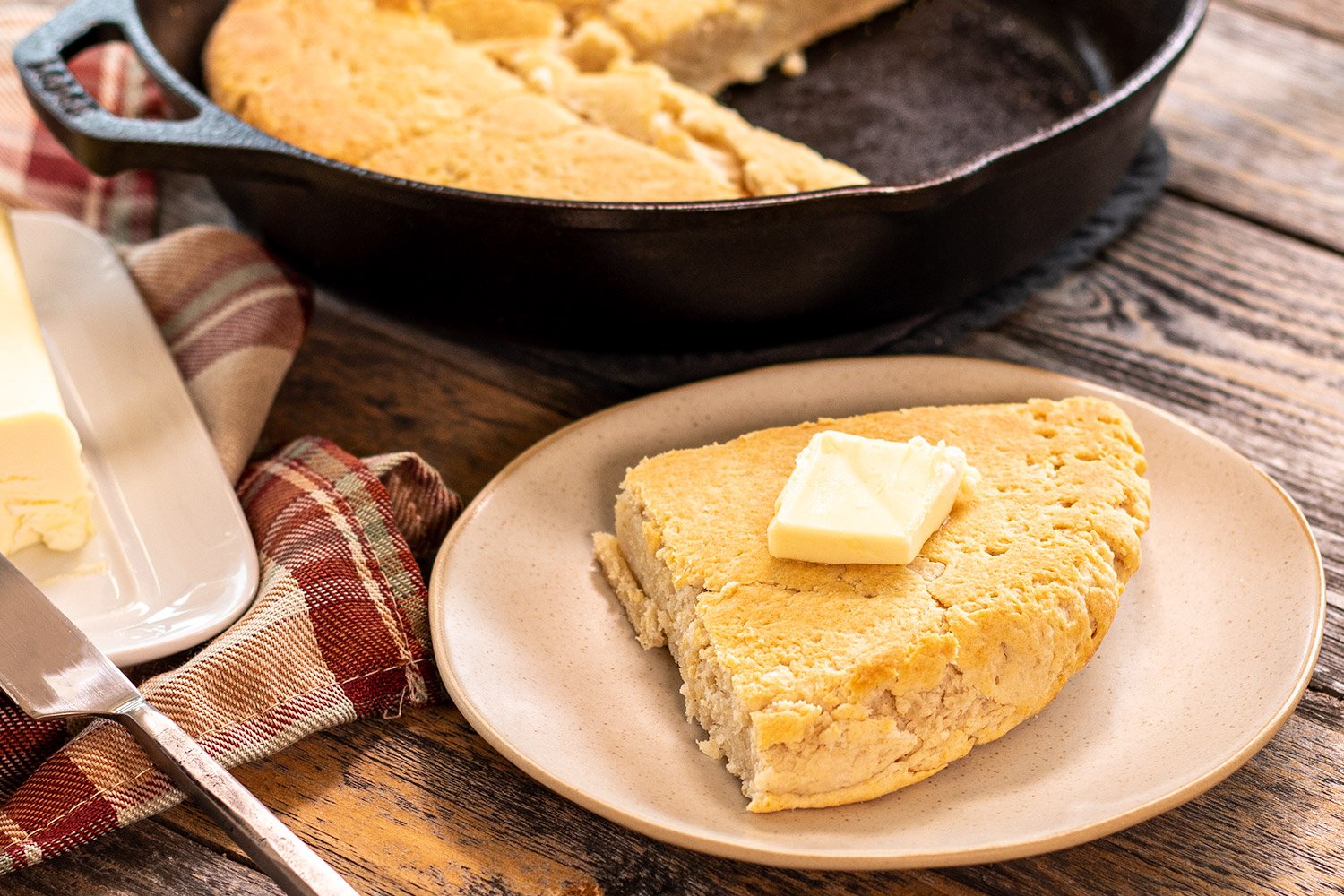