Red beans and rice is a meal that we like to keep on hand in the freezer. It freezes well, so all we have to do on a long workday is cook some rice and microwave a container of red beans and rice.

I don’t remember the last time we bought one of those tasteless, chemical-laced boxed things from the freezer section in the grocery store.

A Meatier Than Normal Red Beans and Rice

My red beans and rice is considerably meatier than you might typically find. What can I say? I’m primarily a carnivore. Everything else is just garnish.

In this recipe, I like to use the smoked sausage from Southside Market and Barbecue in Elgin, Texas. I order it in bulk online and keep it in my chest freezer until I need it. I grew up around that part of Texas and got addicted to it. I’m so spoiled by it that I can’t bring myself to buy most of the sausage that’s found on grocery store shelves here in Texas.

The next type of meat that’s added is called tasso ham. If you aren’t familiar with tasso, it’s just a small spicy Cajun ham. It’s firmer and saltier than a typical store-bought ham. It more closely resembles a country ham than the regular ham you’d find on the shelf at your local grocery store.

You can buy tasso online at Cajun Grocer or make your own. If you’d like, you can also substitute regular smoked ham (avoid honey glazed or any other sweet ham).

I prefer to make my own. It’s cheap as dirt, and I can make it the way I like it.

In many red beans and rice recipes, you’ll see that they cut the sausage into large disks. I don’t particularly like it like that. The sausage pieces should be chopped smaller, so they’re a little smaller than bite-sized. That way, each bite can include a little bit of everything, and your guests aren’t trying to manage mouthfuls of sausage.

I quarter the sausage longways, then chop it into 1/2-inch pieces. I do the same for the tasso.

Reducing The Liquid Without Oversalting

In this recipe, we continually reduce the added chicken stock until it is au sec. Au sec is a French culinary term that refers to reducing a liquid until it is nearly dry (it actually means “nearly dry” in French).

By doing this repeatedly, we’re concentrating the flavors of the chicken stock and softening the vegetables until they reach a near gravy-like texture.

When you do this, you want to be careful not to over-reduce the liquid. You could end up scorching your ingredients. You also may want to use homemade stock that doesn’t include any added salt.

The store-bought stuff has added salt.

When you reduce a liquid, you don’t reduce the salt. It just becomes more and more concentrated.

If you’re using store-bought salt, don’t add any additional salt until you’re done reducing everything. Remember, you can always add more, but you can never take it back out.

I like to make my own Cajun Seasoning to add to the various things that I cook. I make it myself because I don’t want to add salt to my spice mixes. It’s added to the stuff you find at the store because it’s cheap, and you’re paying a premium price for it.

If salt is added to your spice mix, you must adjust for it when cooking. Sometimes, like when you dry brine meat, it can end up causing you to over-salt.

In this recipe, you’ve already brined the kidney beans. In addition to that, the tasso also has quite a bit of salt, plus whatever salt is in the chicken stock. You won’t need much more if any at all.

Just mix everything together and put it into a resealable container.

This recipe can be a bit spicy. You can tone it down if you like by reducing the amount of cayenne or even substituting regular chili powder for the chipotle chili powder.

One final note on this recipe-the claim that adding salt to beans when you cook them will make them hard has been debunked. In fact, they’ve shown that salting the water you soak your beans in overnight will actually help soften up the skins.

We tried it, and it worked. Who knew?

What does cause beans to seize up are acidic ingredients like tomatoes. There’s only a tablespoon of tomato paste in this recipe, which won’t hurt anything, so there’s nothing to worry about. 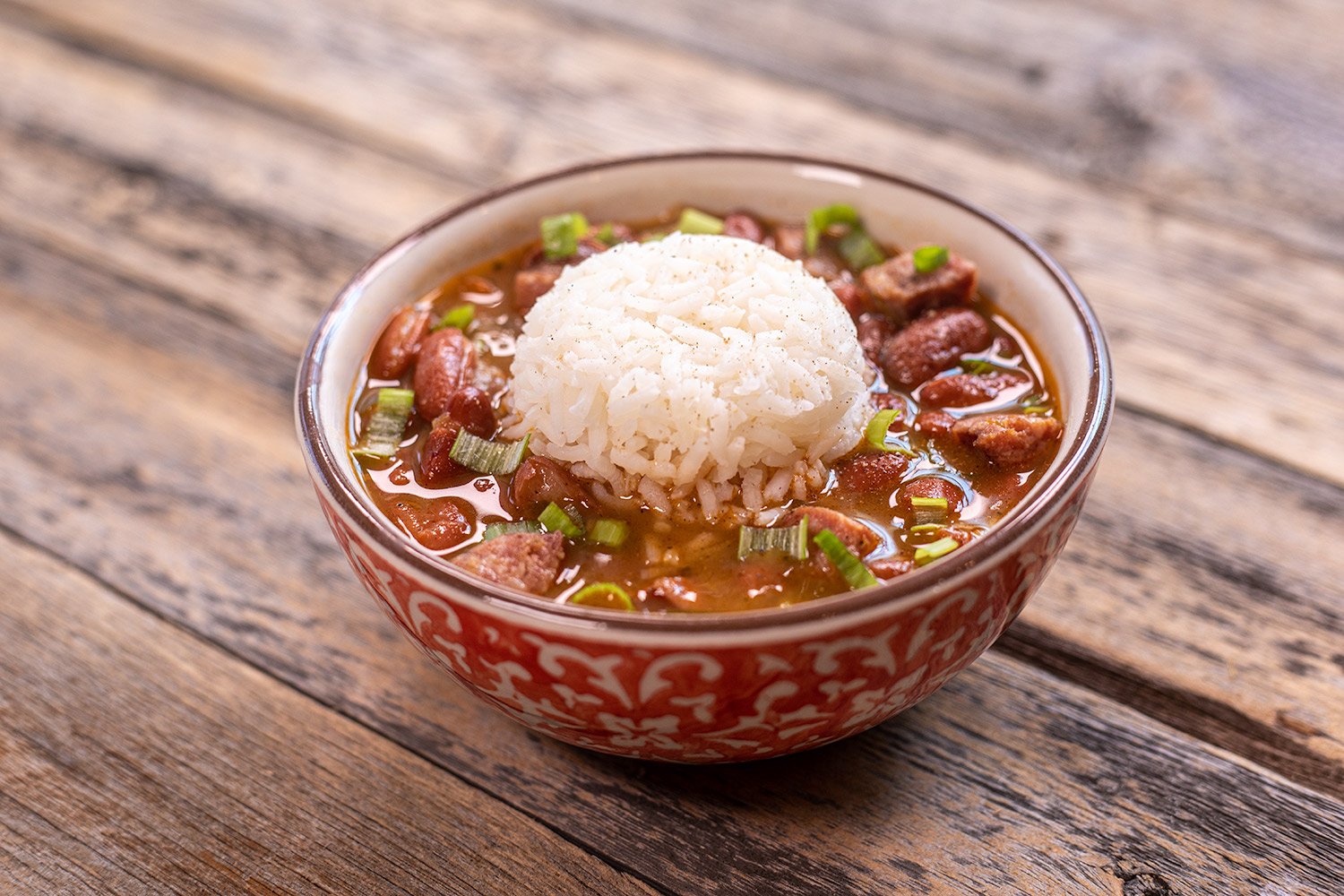 Don’t forget to make white rice.
Tried this recipe?Let us know how it was!
Share
Pin
Tweet