Homemade red enchilada sauce is genuinely a personal affair. Recipes vary from region to region from Southern Mexico, all the way to Texas, New Mexico, Arizona, and California, and within those regions, from family to family.

My formative years were spent in West Texas, where the red enchilada sauce is generally what you’d expect to find in Northern Mexico. This is the style of enchilada sauce that I like.

When comparing West Texas-style red enchilada sauce to New Mexican, the most significant variance you’re likely to find is in the chile peppers people use. In New Mexico, the New Mexico red chile is almost always used (a red anaheim chile grown in the region, sometimes called a Chile del Norte).

If you want to make Tex-Mex chili gravy, you can find my recipe here.

In West Texas, I’ve found the enchilada sauce to be more along the lines of what you’d find in Northern Mexico. In this case, the chiles used are guajillo and ancho chiles.

From family to family in the region, you can find additional chiles being used. Some add chile de arbol for heat or pasillas for their earthy and smoky flavor.

I add a small amount of cloves and cinnamon to my red enchilada sauce. That’s more along the lines of something you might find in Colima, Mexico, West of Mexico City.

I don’t know how those two ingredients found their way into my enchilada sauce, but I love the complexity that it adds. When we lived in Barstow or Pecos, I assume one of our neighbors moved to the region from Colima and introduced it to us.

If you want to make a more traditional West Texas-style red enchilada sauce, just omit the cloves and cinnamon. Everything else should remain the same. 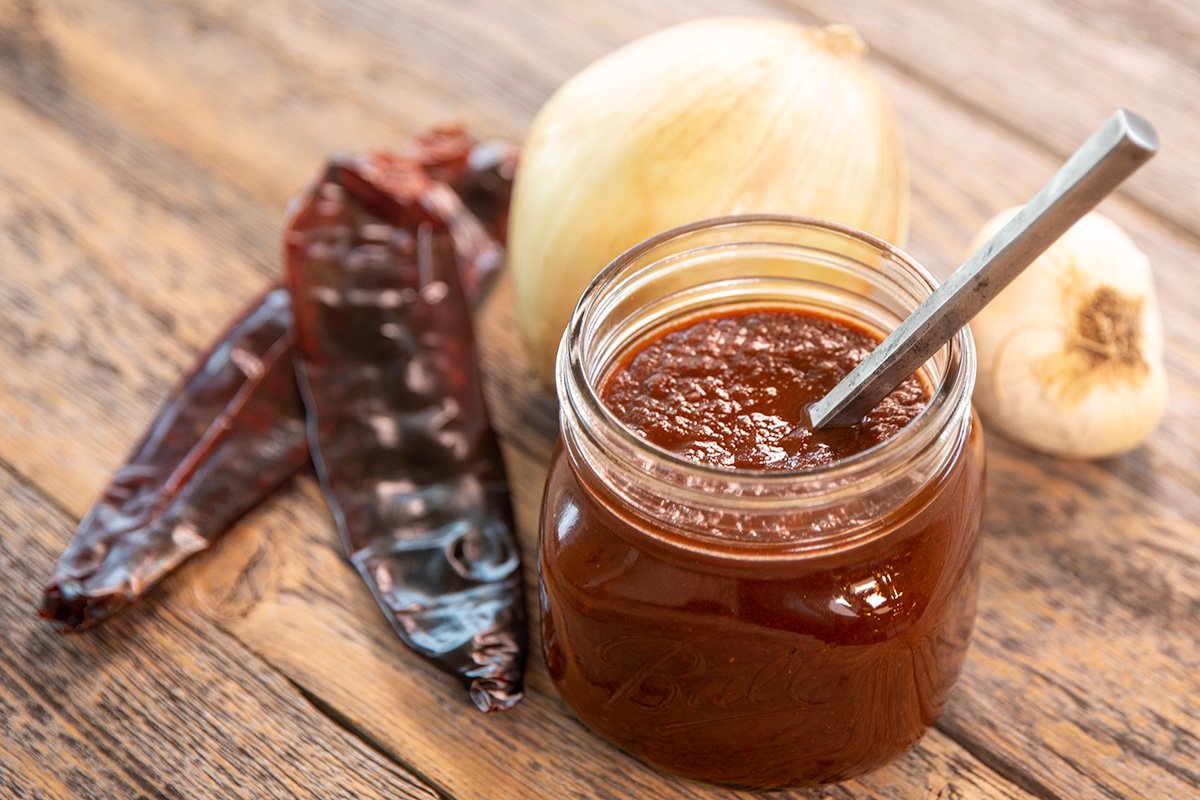 Although the cloves and cinnamon are optional, I highly recommend them.  It’s not traditional to the border region of Texas, but rather around the region of Colima, Mexico.  I like it though.  The complexity it adds is excellent.
Tried this recipe?Let us know how it was!
Share
Pin
Tweet