This simple dish can be done in large batches, separated into serving-sized containers, and frozen for future meals. All for just a few dollars.

Although having a lot of fat, homemade refried beans definitely aren’t health food, they’re still far better than the sludge that comes out of a can.

If you look at the label on a can of store-bought refried beans, they can be loaded with a lot of ingredients that you can’t even pronounce.

We have a simple rule in our house, if we don’t know what the ingredient is, we don’t eat it. Simple as that.

You’ll also find that canned refried beans have a tendency to include canola oil rather than a more natural fat source, like the lard that is traditionally used.

I won’t get into the research I’ve done on canola oil (there’s a lot of conflicting information), but I don’t touch the stuff.  Ever.

This basic recipe is an excellent go-to for stocking the freezer. It keeps the flavors fairly neutral so that it’s a blank canvas for any meal (although it tastes far better than the canned stuff). You can always dress it up later with some crisped bacon, roasted jalapenos, some leftover carnitas, or whatever else you want to throw in them.

I’ve found it’s not necessary to dress your refried beans up, though. Just reheat them and plop them on your plate with whatever else you’re eating. Maybe sprinkle a little cotija, cilantro, or salsa on top, and you’re set.

If you really want to hit it out of the park, use some freshly rendered pork lard with them (some store-bought pork lard ain’t so great either). 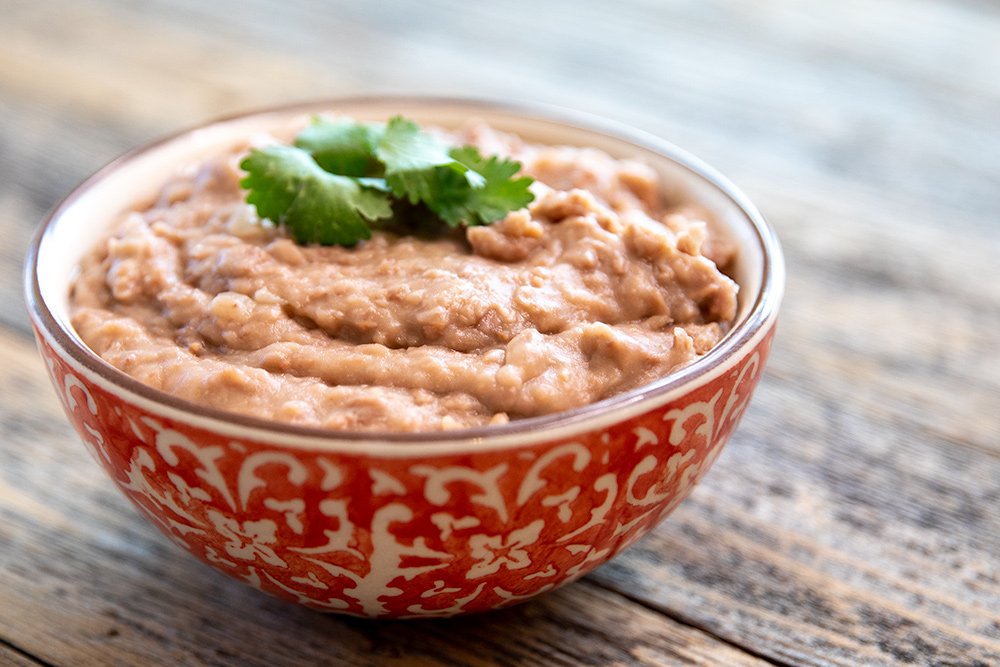 To Cook the Beans

To Refry the Beans

To Cook the Beans

To Refry the Beans

When making this recipe, you’ll note that the section on refrying only calls for 4 cups of beans. This equates to about half of the beans you cooked, but it is a more reasonable amount to refry at one time.  If you want to convert the entire pot of cooked beans into refried beans, it’s best to do it in two batches.
Tried this recipe?Let us know how it was!
Share
Pin
Tweet