Stop taking tequila shots. That’s for sorority girls and fraternity bros. Put the lime and salt aside and sip your tequila with a glass of sangrita to maximize its earthy flavors and take it to a whole new level.

Tequila is a quality spirit that was given a bad rap in the nineties with bro culture. It’s a sophisticated drink with centuries of tradition. That tradition was formalized by the government of Mexico in 1902 when it acquired its official definition.

In fact, by law, tequila can only be produced in the Mexican states of Guanajuato, Michoacán, Nayarit, Tamaulipas, and Jalisco. Anything else is Mezcal or just distilled agave.

Diving a little further, there are six categories of tequila:

My preference is to sip Anejo or Extra Anejo, but Reposado will do.

Although its origins may be debated, many people believe that Sangrita originated in the Mexican State of Jalisco. Its thought to have been initially the juice from their pico de gallo that settled into the bottom of the large bowls that it was mixed in.

The pico de gallo in Jalisco can be different than what most Americans think of when they think of pico de gallo. In many cases, it’s much fruitier than the American version, including such things as pomegranate seeds.

Over time, though, the recipe picked up tomato juice, making it much more savory. This may have been from people trying to recreate the red color in the recipe (which was primarily from chile peppers).

Regardless, tomato in the recipe has become ubiquitous in many areas—especially North of the border.

A tomato and orange blend is how I’ve always had it.

The blend of tomato, orange, chile pepper, and a little agave nectar works like magic to bring out the earthy and peppery notes of the tequila.

It doesn’t mask the subtleties of the tequila. It amplifies them.

To drink it, take alternating sips of tequila and sangrita (it’s not a chaser). You’ll know it’s time to call an Uber when they start tasting the same. 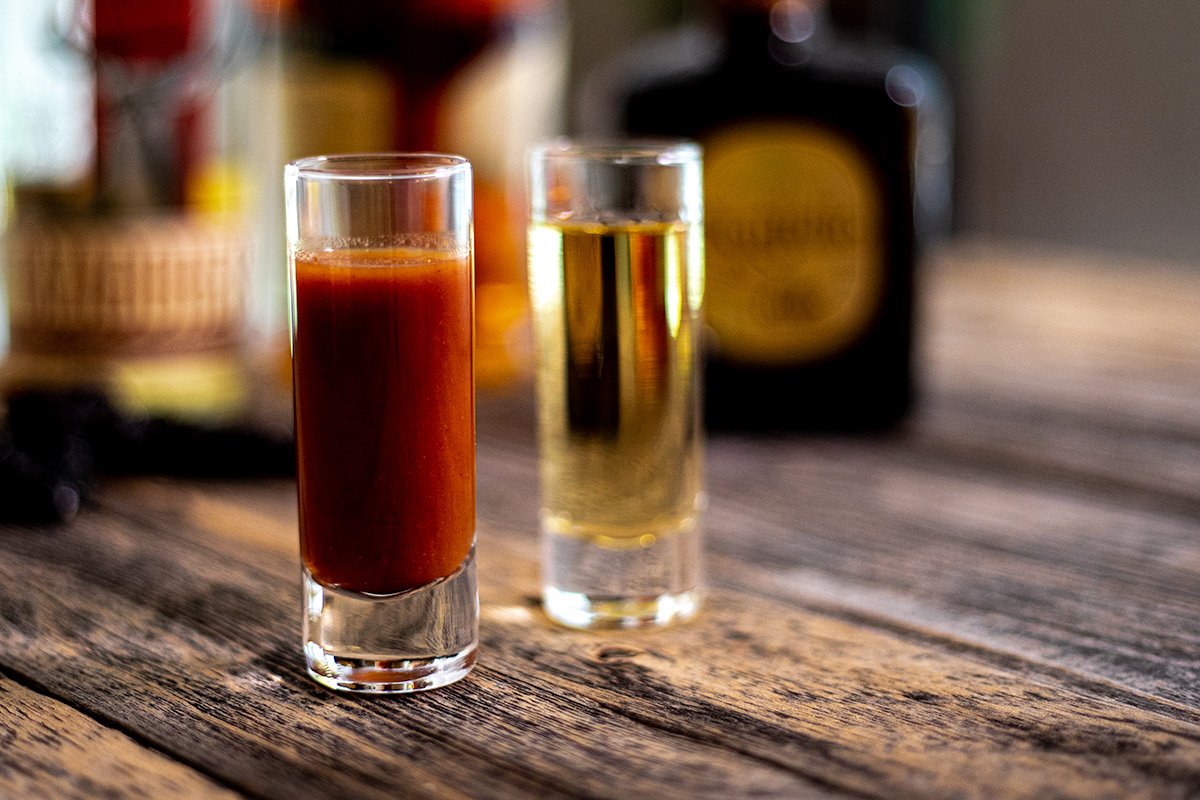 Put the lime and salt aside and sip your tequila with a glass of sangrita to maximize its earthy flavors and take it to a whole new level.
4.93 from 13 votes
Print Recipe Pin Recipe
Prep Time 3 mins
Total Time 3 mins
Course Drinks
Cuisine Mexican
Servings 8 2 oz. glasses