Smothered pork chops are a staple of comfort food throughout the South. Almost every home cook in the South, no matter if they’re in South Carolina, Mississippi, or East Texas, will have a recipe for this low-cost, rib-sticking recipe.

The Key To Tasty Onion Gravy

Although each ingredient you add to the gravy in this recipe will add another flavor and another level of complexity, the real key to a big flavor is salt.

More specifically, salting each ingredient separately. Putting salt on the pork chops but not the gravy or the onions will result in a bland gravy.

Instead of adding the salt all at once, you’ll add small amounts to each element as you go along. This will balance out all the ingredients and add a zing to the recipe that you wouldn’t get by adding the same amount of salt all at one time.

Just don’t overdo it. You can’t unsalt a meal. Where I say to add a pinch of salt, just use two fingers and a thumb to pick it up and no more.

If you want to cook more smothered pork chops than what’s provided in this recipe, you can use a sizeable pot like a large dutch oven instead of a skillet. Just double the amount of gravy you make, add an additional onion or two, and you can cook as many as eight pork chops at a time.

When you add them to the dutch oven, add four to the bottom of the pot, cover with some of the onion gravy, add four more in a staggered layer, and then cover those with gravy.

Bring to a simmer, cover, and cook for 10 minutes.

Be sure to check the internal temperature of the pork chops with an instant-read thermometer. Each pork chop should read more than 145 degrees but less than 165 degrees. 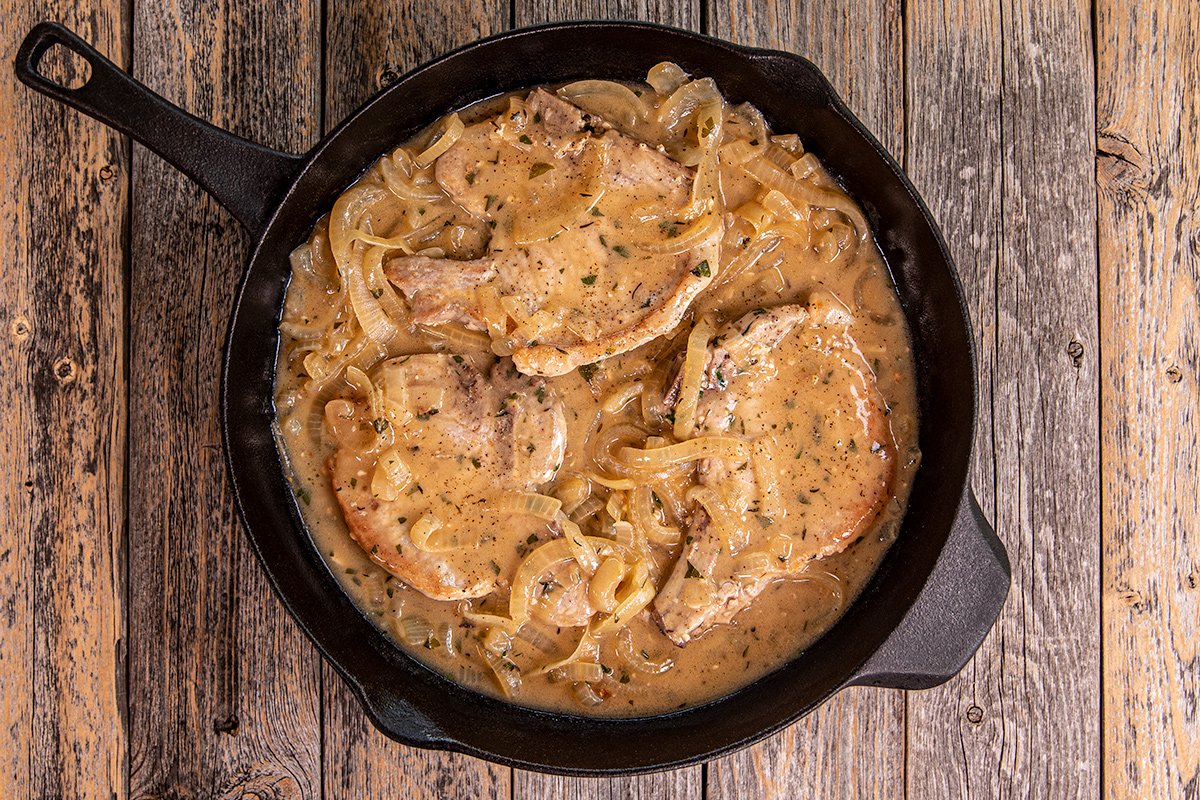