Carne Guisada translates to “stewed meat” in English. That’s really all this recipe is. Beef stew with a few potatoes. What makes it different from most American-style beef stews is the addition of some fresh and dried chile peppers.

Carne guisada was always a favorite of mine, but I really started eating a lot of it when I lived out in Victoria, Texas. There was a Laredo Taco Company at the gas station near the street where I lived.

I got addicted to them. For a time there, I ate carne guisada tacos for lunch almost every day.

I grew up eating it as a regular stew, but sticking it in a homemade flour tortilla takes it to another level. A messy level, but a higher level.

With that being said, you can eat it as a stew with tortillas on the side. You can even serve it up with a pile of steamed rice underneath it. Whatever works for you.

Generally, when I cook meat for tacos, as with carne deshebrada or carnitas, I cook it until it’s fall-apart tender.

I like a little more of a chew with carne guisada. Not too much. Just enough that it isn’t mushy.

To get more texture into the meat, I use beef top round and gently simmer it for about an hour. It’ll be just the right tenderness. Not too tough and not too soft.

Another thing to keep in mind is that you want to cube the meat and potatoes up to a size that they’ll fit into a tortilla properly. You don’t want big chunks that you’ll end up pulling out with your teeth and making a mess.

One-half-inch cubes for both the beef and the potatoes work best.

Tips for Cooking Your Carne Guisada 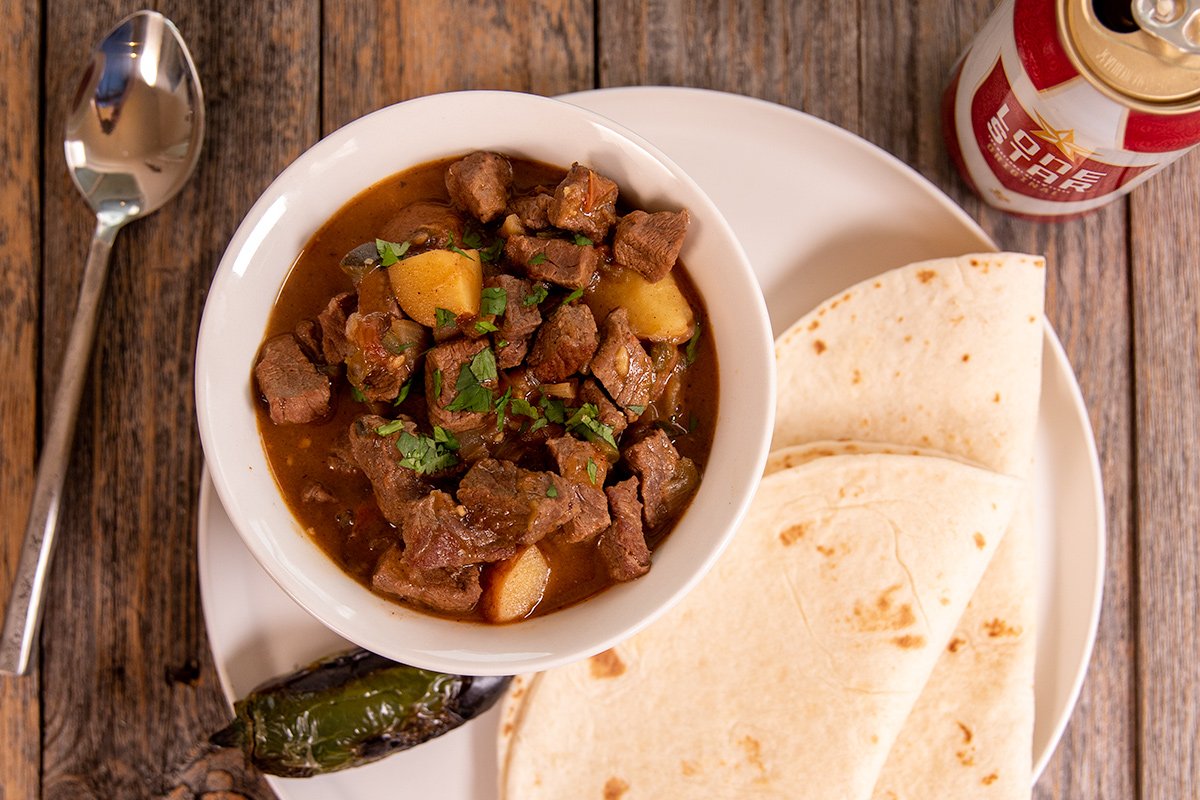