Although chile con queso is considered a Tex-Mex dish, many believe it originated in Chihuahua, Mexico, with queso Chihuahua being the cheese used in their recipe.

With the introduction of chile con queso to Texas, it follows that Texans would add a yellow cheese like Cheddar or Colby Jack to the recipe. Thus, Tex-Mex chile con queso was born

Queso Chihuahua is an excellent, white, melting cheese, but it isn’t available everywhere (Queso Chihuahua is also known as queso menonita, after the sizeable Mennonite community in the region). I usually substitute Monterey Jack cheese when making chile con queso since it’s cheaper and melts similarly.

There are no strict rules as to what cheese you use. The only rules to chile con queso are that you need melted cheese and chile peppers.

I’ve made this recipe as a blank slate for you to add whatever you like. For example, it only has five jalapenos in it. I prefer to add a lot of chile peppers of a couple of different varieties to my queso.

Hey, the name starts with chile, not queso. I figure it ought to be loaded with chile peppers.

Usually, I use a base of jalapeno peppers, then add several more peppers based on what looks good at the grocery store.

I might add a couple of serranos to give it a punch of heat, then a few roasted poblanos for smokiness. If the poblanos at the store don’t look good, I might add some New Mexico anaheim peppers for brightness, instead.

You’re also welcome to use different types of cheese. You can go with queso Chihuahua entirely, or stick with the Monterey Jack and add Colby rather than Cheddar to make it more smooth. If you like, you can go entirely with Colby (I don’t recommend using only Cheddar) or even use a cheese such as Muenster.

As always, a recipe is simply a suggestion, not a rigid set of rules. Make it your recipe. 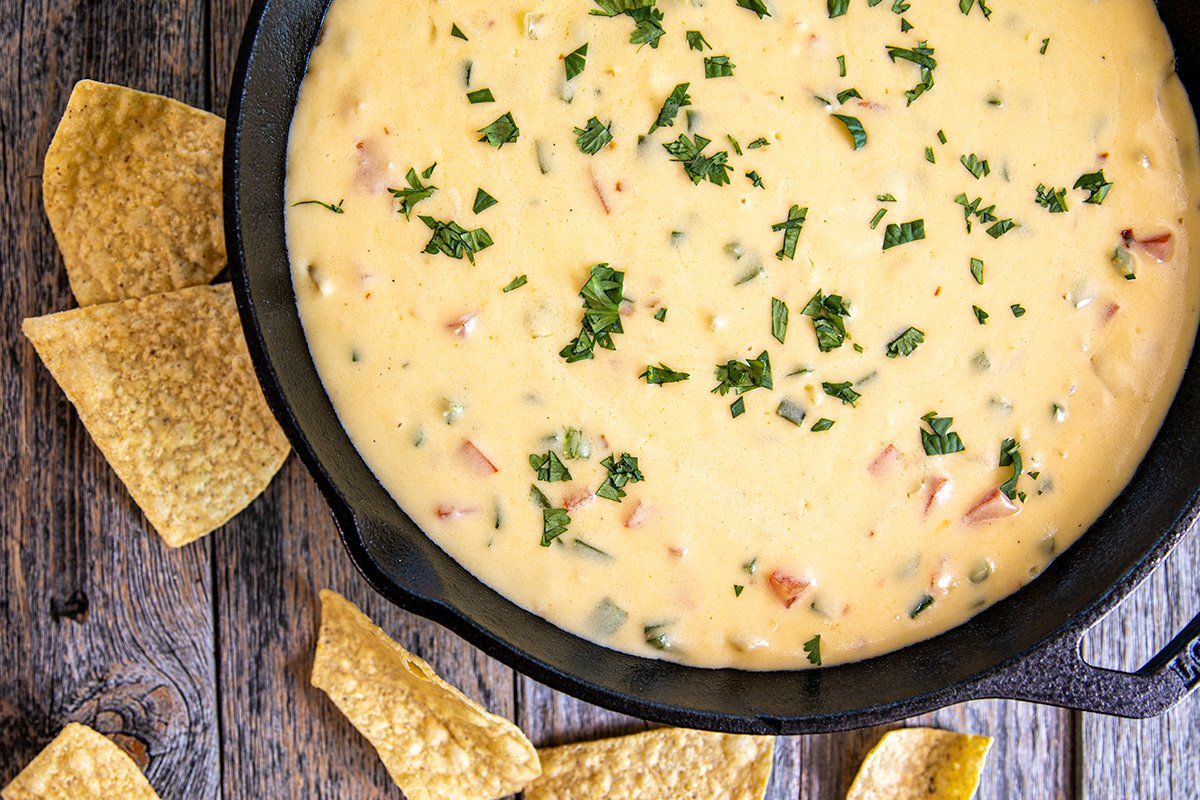