A Wet Burrito (or, Burrito Mojado) is a Tex-Mex favorite. It’s simply a burrito that has been drowned in Tex-Mex Chili Gravy and melted cheese.

The burrito can be stuffed with whatever you like, although seasoned ground beef is probably the most common. It’s what I generally use in my recipe unless I have leftover steak.

I think beef holds up better against the big flavor of chili gravy than pork or chicken.

If you want to make your own chili gravy, rather than using canned or packaged (I highly recommend making it), you can get the recipe here.

How to Make a Wet Burrito

Folding a burrito is easy. Lay the tortilla out on your work surface (the big burrito-sized tortillas are the best), then place the ingredients in the center. Don’t overfill it, though.

Once you’ve got your filling in the center of the tortilla, fold the bottom up, just enough to cover the ingredients, then fold the two sides over to almost the center.

Next, roll the burrito upwards, toward the top of the tortilla, using your fingers to keep the ingredients in place.

Since the burrito will be covered in sauce, it helps to lightly crisp the outside in a touch of oil. This will keep the tortilla from turning to mush.

Put a tablespoon of oil in a hot pan and swirl it around to coat. Place the completed burrito in the pan, seam side down, and toast until it starts to brown. Flip, then repeat the process on the other side.

It only takes a minute or so per side.

For a complete meal, add the following (recipes linked): 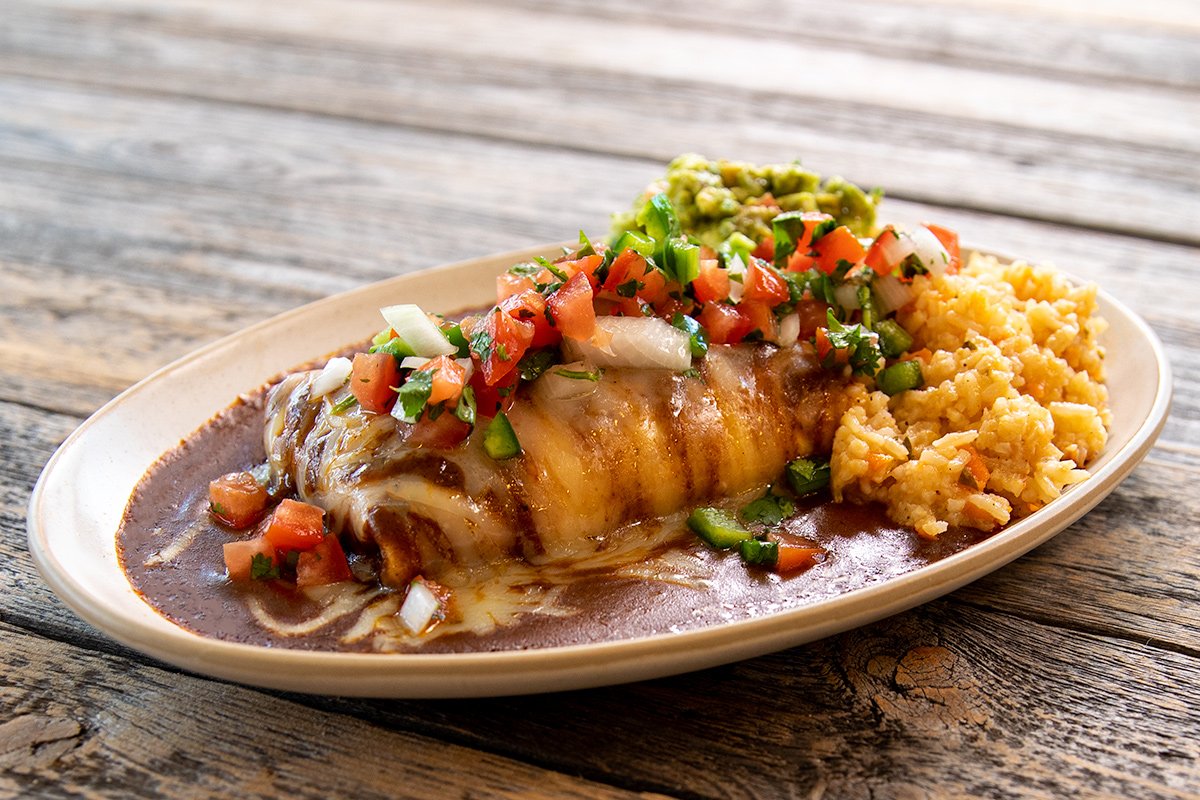 It’s not optimal, but if your chili gravy wasn’t hot enough when you added the cheese to the top of your burrito, and the cheese doesn’t melt, you can microwave it for a minute, or put it in the oven at 350 degrees for about 5 minutes.
Tried this recipe?Let us know how it was!
Share
Pin
Tweet